A Long Way From Heaven 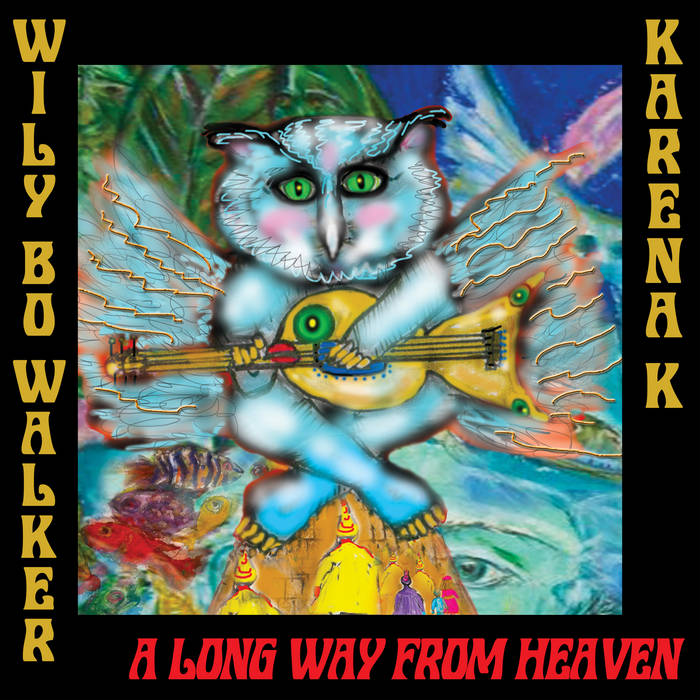 'A Long Way From Heaven…' is a 6-track mini album highlighting the work of Wily Bo Walker and the backing vocals of Kareña K. Their voices, described as barbed wire and angels, bourbon and roses, work so well together and, in these original songs, showcase timeless & 'blues-infused' music for all.

Wily Bo was nominated for Best Male Vocalist in the 2014 British Blues Awards and his solo single 'I Want To Know', which features Kareña on backing vocals, was also considered for a Grammy nomination for 2015 in the 'Traditional R&B' category.

From the ultra-cool and quirky acapella of 'Love Will Find A Way', the enormous ballad production of 'Long Way To Heaven', the film noir swing of 'Rendezvous des Cheminots' through various styles of blues in 'Angels in the Night', 'Did I Forget' and 'Light at the End of the Tunnel' this album is a set of tracks that can only be described as 'classic'.

Exclusive bundle items include the Video for 'Love Will Find A Way', a Hi-Res Artwork & Lyrics Booklet as well as assorted promo photos and the original promo video for the single 'Long Way To Heaven'…