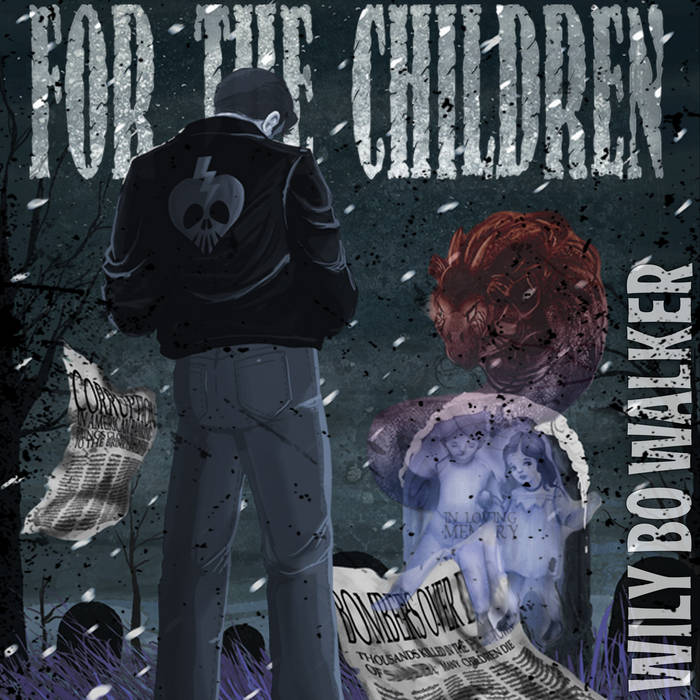 'For The Children' is my topical anti-war, anti-corruption ballad taken from my solo album, 'Moon Over indigo' as well as being featured on the compilation 'The Wily Bo Walker Story Vol I'

Released to round off the year - a 'New Year Blues' if you like; not one mired in mawkish sentimentality but one which kind of reflects how I feel after this particular year of 'populist promenading' by politicians, seemingly endless warring factions, yet more worldwide corruption and a year in which, again, we have seen so many creative souls lost.

Yes, I wrote this song for MY children but I hope the song's message will resonate with you.

Here's to a brand new year, may it be a better one for all.


Said of this song:

"For a man so prolific; Wily Bo Walker somehow manages to maintain an exceptionally high quality standard with his songwriting; listen to the languid and darkly beautiful 'For The Children' to hear the words of a master of his craft.
He skirts ‘politics’ with the couplets ‘Oh Angel / I’ve heard so many lies / But with the wars in the East / Corruption to the West / How the Hell are we ever gonna survive?’ all alongside the chorus ‘And who’ll be there to catch our dreams as they fall / Who’ll be there for the children when their nightmares call?’" - Rocking Magpie Review

“Whew! what a song - absolute knockout!" - Tony Fitton, Blues in the Nite

"The impassioned 'For The Children' is a cri de coeur for sanity in this world with 'wars to the east, corruption to the west'. Utterly convincing." - Grant Moon, The Blues magazine

'For the Children' Cover artwork by Héctor Bustamante with 'Children' detail by Zhana D'Arte. All Rights Reserved.

Stanley Ipkuss joins the show to discuss his latest release "Among Other Things."