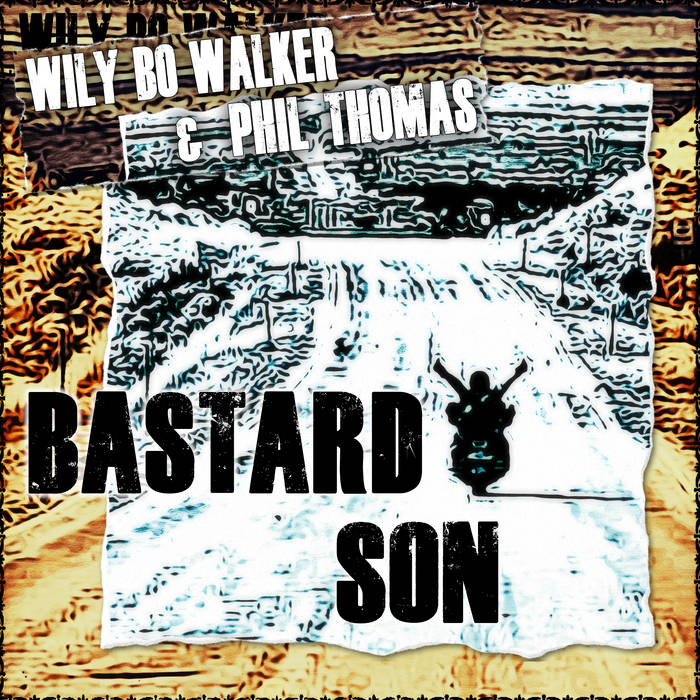 'Bastard Son' is a VoodooVille tale and another drunken, swamp’n’stomp, Southern Gothic fable. This one from the pen of Phil Thomas

Performed here with Wily Bo Walker and friends, ‘Bastard Son’ is a stand alone story which also sets the scene and highlights the background of the lead character in Wily Bo’s forthcoming production of ‘The Rattlin Bone Theatre Show’

Some fine guests have joined Wily and Phil on this recording: Ned Clamp on harmonica and E D Brayshaw, Don Gordon & Rattlin Bone’s very own Li’l Neill on claps, shouts and backing vocals

Wily Bo has given the song his trademark cinematic production

Phil Thomas is an ethnomusicologist. Formerly a director of an arts festival, he now researches and writes about topics in the world of music
He also writes & performs his own songs with instruments crafted from objects such as cigar boxes, broom handles & recycled objects (www.clippings.me/philip-thomas)