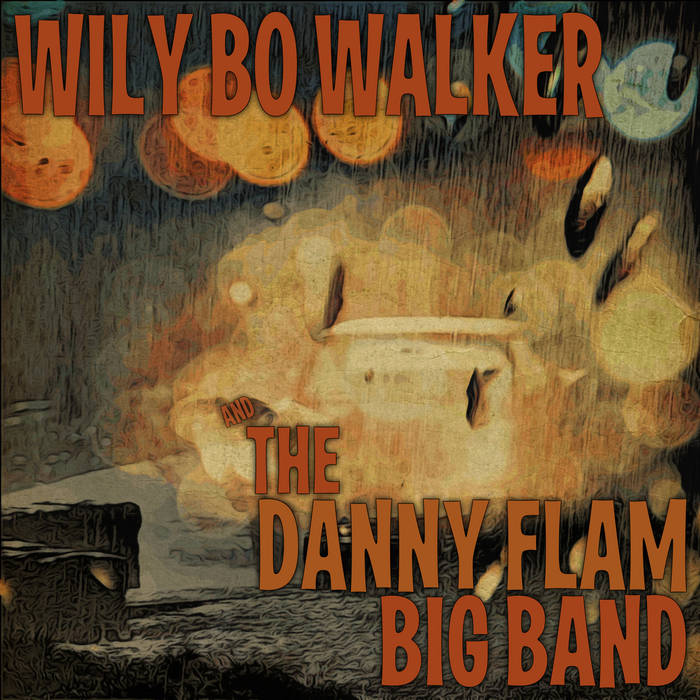 The Big Band instrumentals hark back to the Prima/Armstrong/Calloway era with 'The Openator', the sixties Vegas 'rat-pack' feel of 'Tony's Good Morning', the seventies 'Big Band Fusion' stylings of 'Appointment In Sammara' and exploitation movie soundtrack groove of 'Jawbreaker'.

There is the 'swing-noir' (think 'Sam Spade pulp fiction B-movie') of 'Rendez-Vous des Cheminots' featuring the vocal talents of Kareña K, the Gospel big band working of 'Long Way To Heaven' featuring The Brown Sisters of Chicago and the New York powerhouse funk of 'Irritated Shadow' featuring Amir Ben-Haim with Will Lee on Bass and Nir Z on drums.

And, finally, the moody, bluesy, laid back feel of the instrumental version of Wily Bo's signature song 'Moon Over Indigo' featuring the amazing trumpet work of Kenny Rampton and Wily Bo's cover of Billie Holiday's 'You Don't Know What Love Is' featuring the stunning, last ever recording of jazz legend Teddy Charles.

“Barnstorming CD, I'm in love with this album!" B Noel Barr - Lunch at the Barr

"Wow! This is a wonderful album! This is a big and diverse album with style elements from traditional big band jazz, blues, cabaret, retro pop styles and more! Wily Bo Walker & the Danny Flam Big Band sing and play with style, power, grace and virtuosic skill. Awesome recording too! As the great Duke Ellington said, 'there are two kinds of music - good and the other kind'. This is definitely the GREAT kind . Enjoy!" Five Star Review - Paul A, Amazon

Stanley Ipkuss joins the show to discuss his latest release "Among Other Things."