Ain't No Man A Good Man 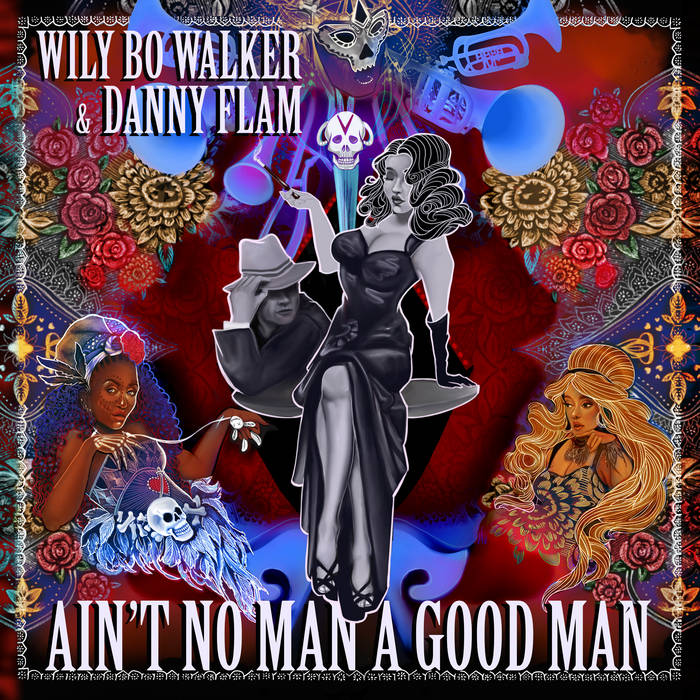 Also available as a Deluxe double album in a beautiful Gatefold sleeve with artwork by Zhana D'Arte:

"Once again Wily Bo Walker defies the conventional blues paradigm, engaging in a diabolical collaboration with Danny Flam for 'Ain’t No Man A Good Man', creating another fine addition to his over two dozen releases in his illustrious 40-year career."
Harry Radstake, Bluestown Music, NL


“ Wily Bo has a voice that occasionally hits the depths with a force that is absolutely exhilarating and on this album he shows the full range of his tones.
When you couple that with Danny Flam’s horns the effect is chilling, adding jazz and film noir to Walker’s dystopian road and twisted relationship visions…”
Andy Snipper, Music-News


"In an era when blues is often taken to equate to blues-rock, Walker continues – in tandem with his horn-swoggling buddy Flam on this occasion - to provide something refreshingly different. Ain’t No Good Man is another helping of his house-special-gumbo of blues, jazz and voodoo, and very tasty it is too."
Iain Cameron, Blues Enthused


“ ‘Ain’t No Man A Good Man’ is arguably not just one of the albums of the year, but of the decade to come…”
Ian D. Hall, Liverpool Sound & Vision


" 'Ain't No Man a Good Man' …album is some of the most exciting blues on the market!"
Slim Steve, Bluesline, Beat Route Radio